Clinton talked her way out of the VP Job

Hillary Clinton talked her way out of the vice presidency on Tuesday night.

Barack Obama may never have intended to make her the offer. But Clinton's largely self-focused non-concession speech suggested that what some call a dream ticket could turn into a nightmare.

Clinton did declare it an "honor" to have Obama as an opponent and "to call him my friend," but she made no acknowledgment of the historic nature of her opponent's achievement. The Democratic Party, whose ranks once included die-hard advocates of slavery and arch segregationists, had just taken the decisive step toward making Obama the first African American to be a major-party nominee for president. But Obama was not really on Clinton's radar screen.
LINK 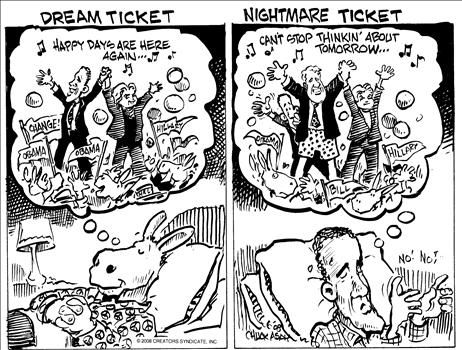 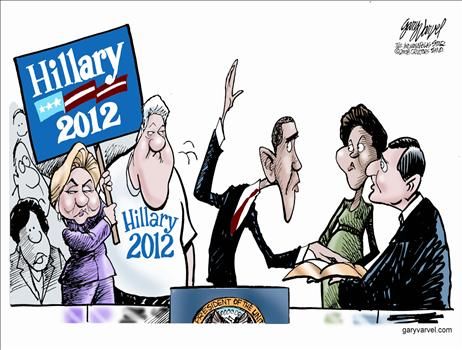 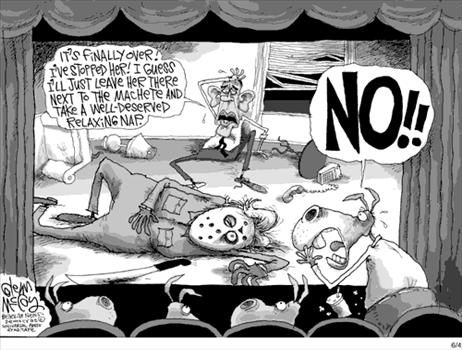 She never wanted it in the first place! The witch wanted it all or nothing! Thats the way she operates!!!