Me and my father hunted with Jim & Adrienne Fink (Blackstone Outfitters) back in 2013. Due to bad luck and bad weather, we came home empty handed. We just recently returned from a return trip, and we more than made up for it.


Jim operates in the Olgilvie Mountains in one of the most northern concessions in the Yukon. Lots of moose, lots of sheep, along with caribou (mountain, and on certain years the Porcupine Herd), and grizzly bears.


Guided by Jim & Adrienne's son, Warren, and apprentice guide Dusten, we headed on the Peel River via jetboat. The rut seemed slow to come on. Lots of tracks but nothing responding, and not many scrapes or rubs. Worked our way down river until finally on day 6 we enter a pristine meadow. Gave a couple cow calls and a very nice bull comes out about 150 yards away and comes right in. Two shots later he drops and the 16 days on the river are all worth it. 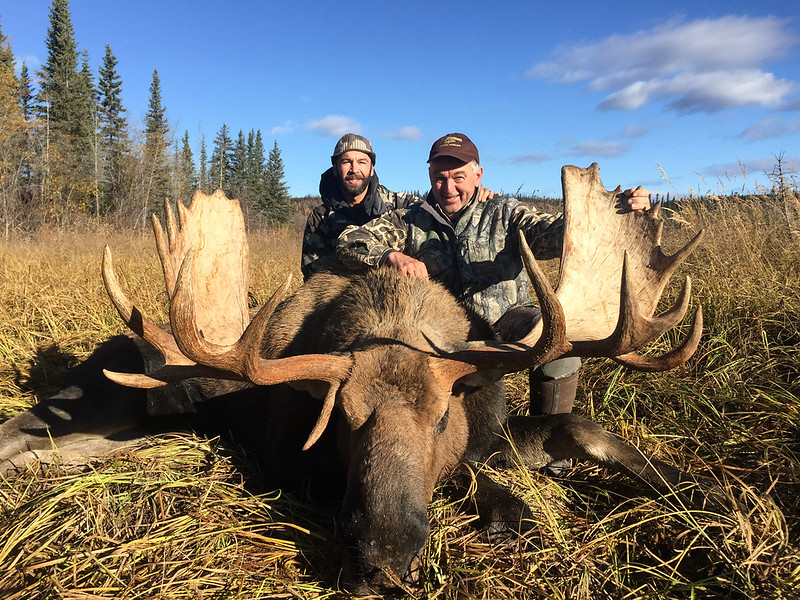 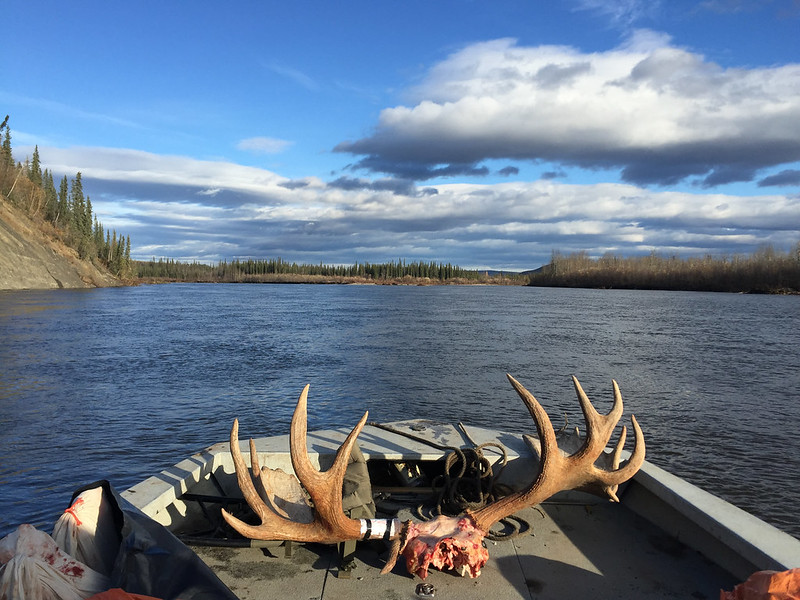 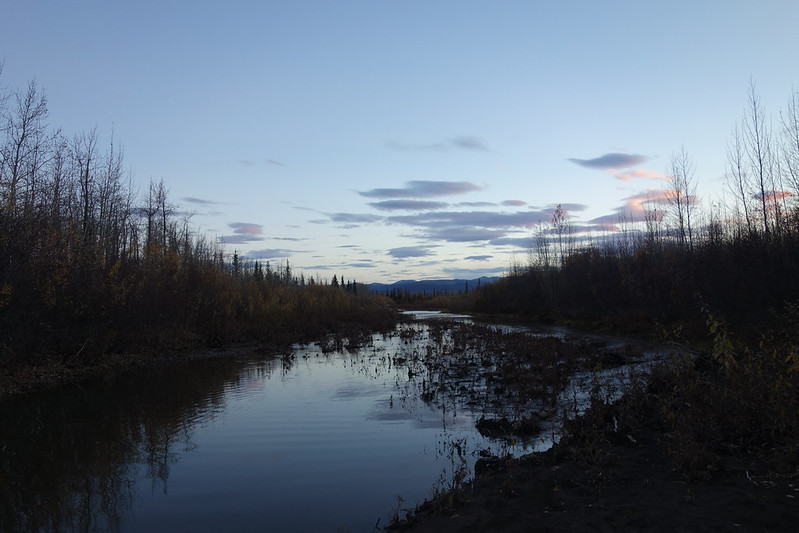 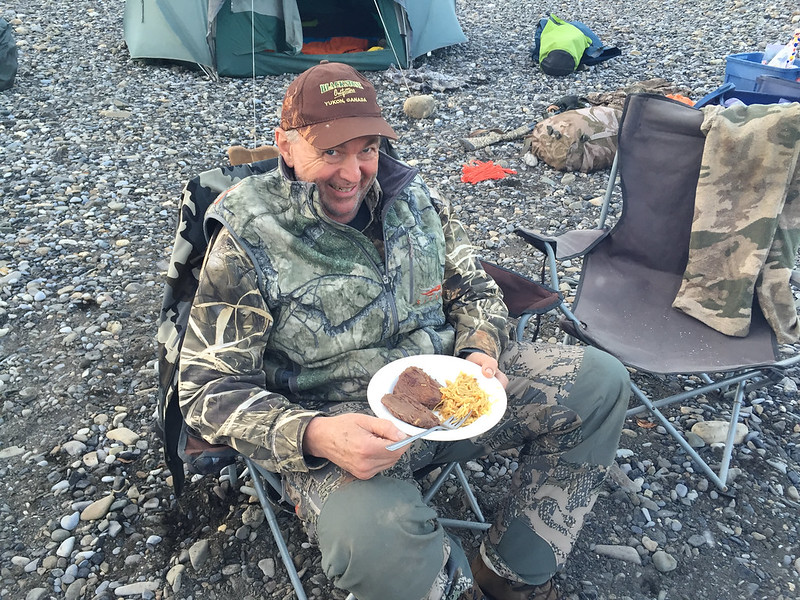 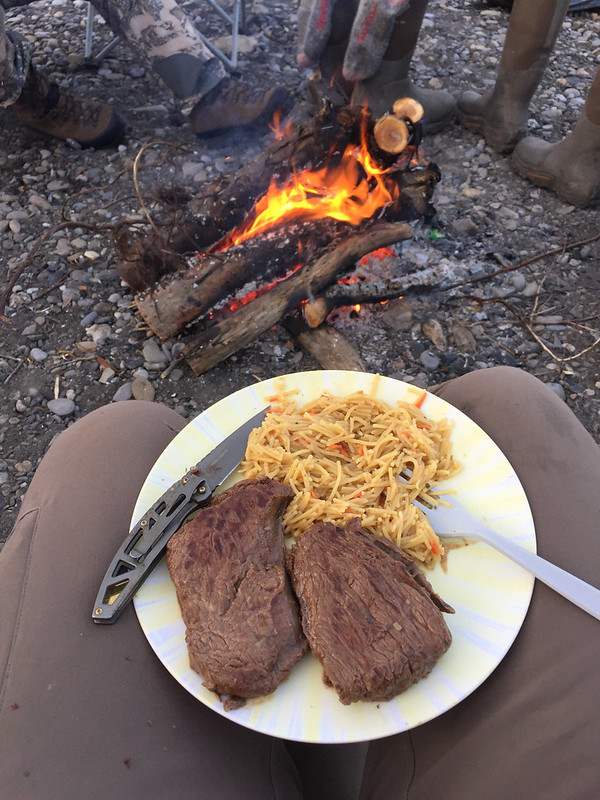 With a few days left on the hunt, and two sheep tags in our pockets, we decided to go look for some rams. We rode and hiked the first day, and ended up spotting two good looking rams on the first day (hunt day 8). Made a plan to put the sneak on them and of course they were nowhere to be found by the time we got there, about 3 hours later. We figured they couldn't have gone far, and we'll try again in the morning. As soon as we left camp, we saw two dots on the same mountain as the previous day. Only they had moved around and now were on the opposite face. We rode the horses down into a draw and out of sight. The rams were only about 600-700 yards away, but any direct approach and we would be out in the open. My dad had been doing fine and hiking the hills like a champ, but with this being the last full day to get it done, and one hell of a hike backtracking up and around to stay out of view, we decided it was best for me to go for it. about 2.5 hours later, me and Tyler (guide) were belly crawling up the mountain to get in position. Ram was obviously good length wise, but he wanted to make sure he was 8 years or older (Blackstone policy). So for the next 30 mins we kept moving slowly to get a good angle to count rings. Finally Tyler gave me the green light, I crawled up to a small rise, and let him have it at about 150 yards. 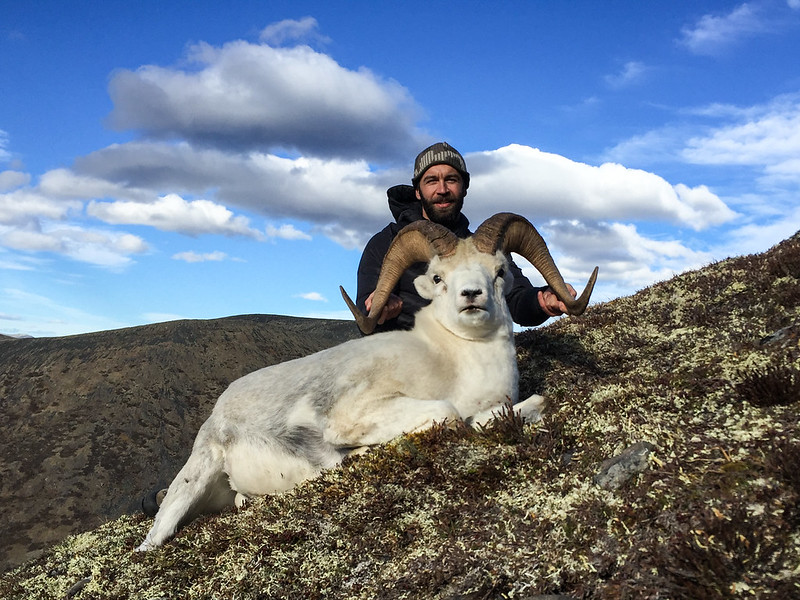 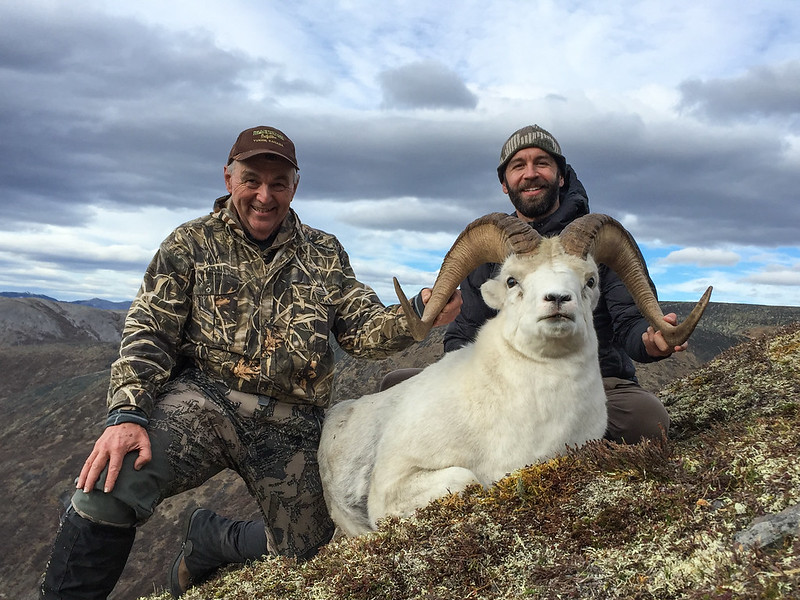 This hunt was pretty special. I turned 38 the day before I shot this ram. It also happened to be the 1 year anniversary of taking my dad to Stanford to have emergency surgery (Neck fusion, due to a fracture on the c1/c2). He also then had a stem cell transplant in February. Needless to say, a lot of things have happened within the last year. I'm sure his surgeon would shit a brick if he knew what we were doing. Oh well, this is what we live for! Proud of him for staying in the gym, and keeping himself in shape for the trip. I truly believe that having these type of things to look forward to can drastically improve ones health, mental and physical.


Happy Birthday to me! Back at basecamp. Hot shower. Hot food. and Carrot CAKE! 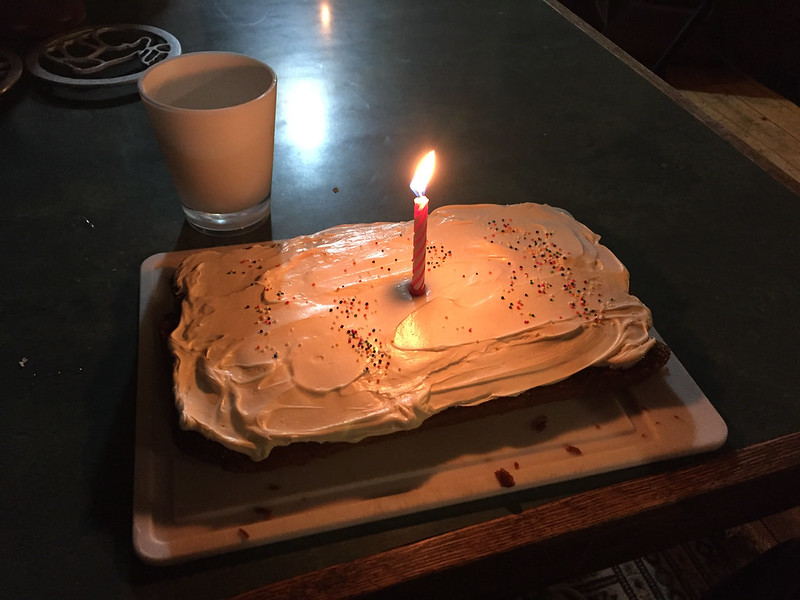 Thanks to Jim & Adrienne Fink for running a great operation. I would highly recommend them for Moose and/or sheep. He has a lot of sheep, and lots of areas that have not been hunted. Sheep range from pure white Dalls, to some really dark Fannins. I saw photos of some rams that were as dark as any Stone sheep I've seen. You can also see the black/grey is pretty apparent in my ram as well. I didn't bother measuring or scoring him. I just know he was at least 9 years old. Widest ram they killed all year. He also had a very nice thick coat.


Of course here is a video of the hunt as well. Hope you like it!

Incredible!! Thanks for sharing. The video didn't seem to post...


Sent from my iPhone using Tapatalk
B

thanks guys. Here is a direct link to the video in case it doesn't show up on your mobile device

So cool!! Congrats to you and your pops

Yet another great hunt and video. Hreat job!

Always amazes me that Mountain Sheep can get as big as they do, when considering how sparse looking their habitat usually seems to look in the videos.
You must log in or register to reply here.
Share:
Facebook Twitter Email Link